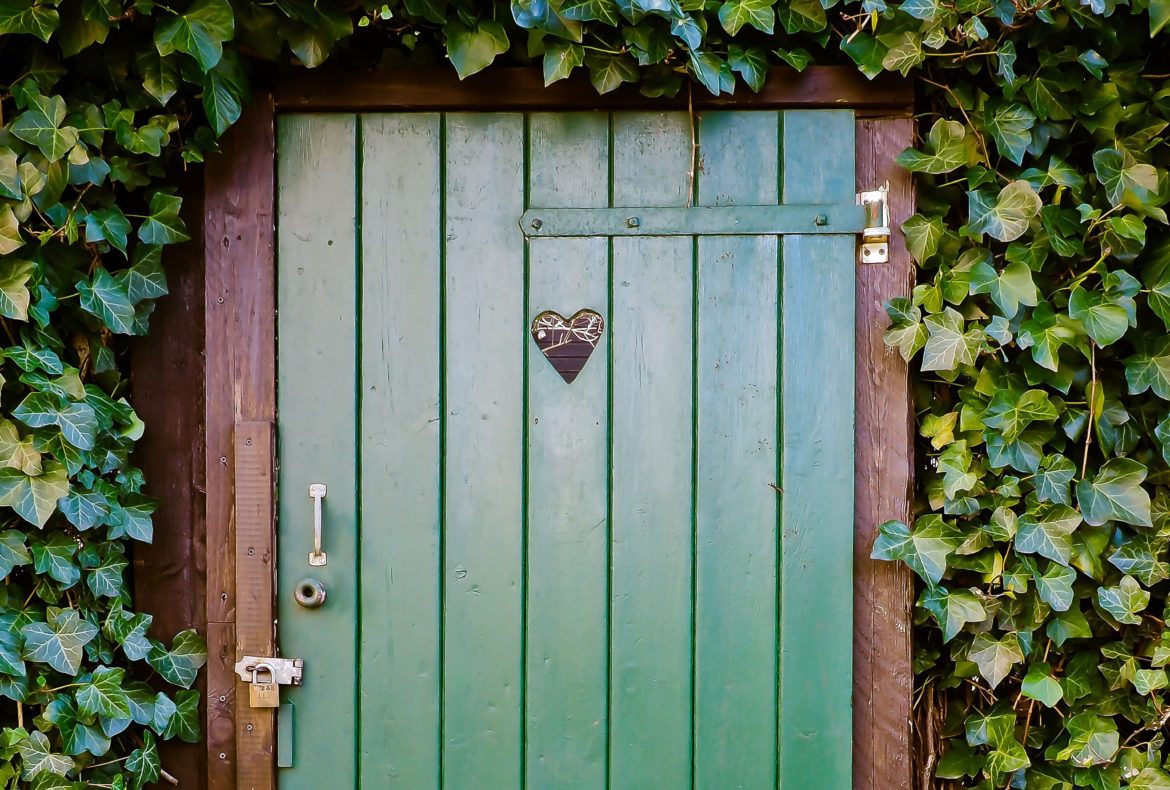 I am so glad that I got toilet paper stuck to my pants! Well that’s not a sentence I’d ever have thought I’d utter. Let me back up. I hope I don’t shame the family with this story, but I just have to share. I’m giggling as I write this. Oh, me. How to begin? 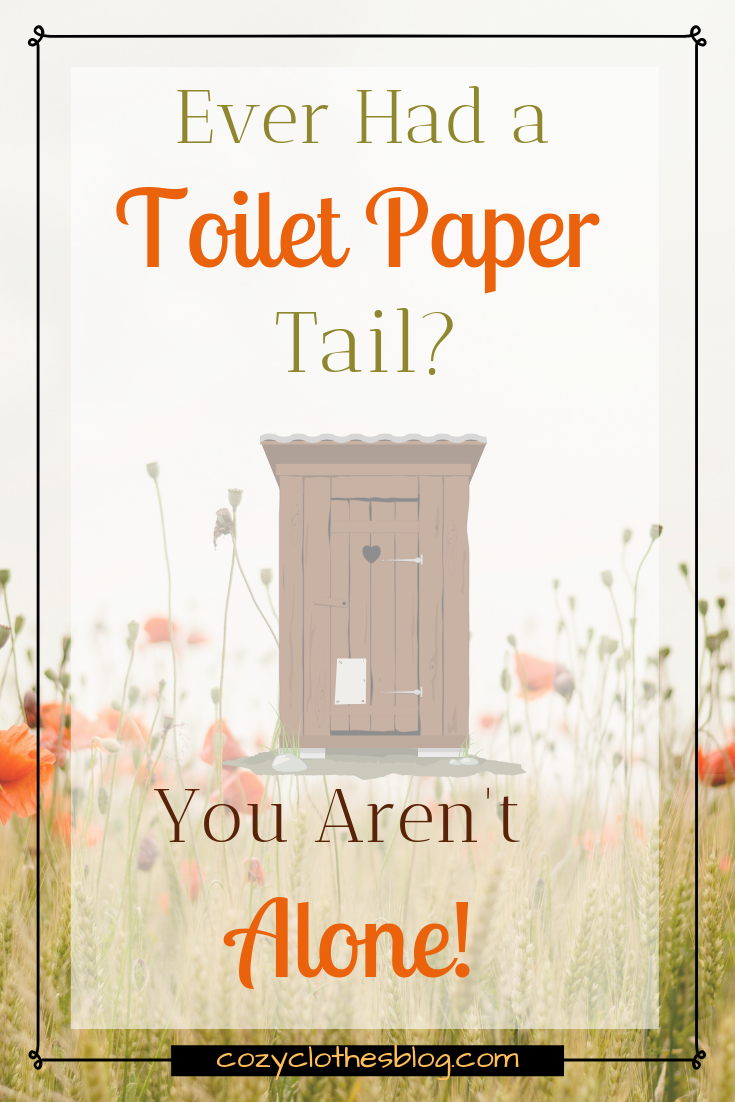 This last weekend was one of those sacrificial parenting weekends (you know the kind). We had the pleasure of a 3 day swim meet in the next town over, so 3 days in a row, we drove there and back, sat like sardines in the incredibly loud, hot, echoey, chloriney pool for hours, and watched Delaney swim for approximately 5-10 minutes per day. Don’t get me wrong. I love to watch her swim. She works so hard. But it eats the weekend and rattles my peace-and-quiet-loving nature. Another pleasure of swim meets is that the parents must volunteer in some capacity, which usually means manning a lane timing chair with stopwatch in one hand and clipboard in the other. I am terrible at this job because I am too chatty to be trusted to focus on my task. I keep hoping they’ll fire me, but so far, no luck. 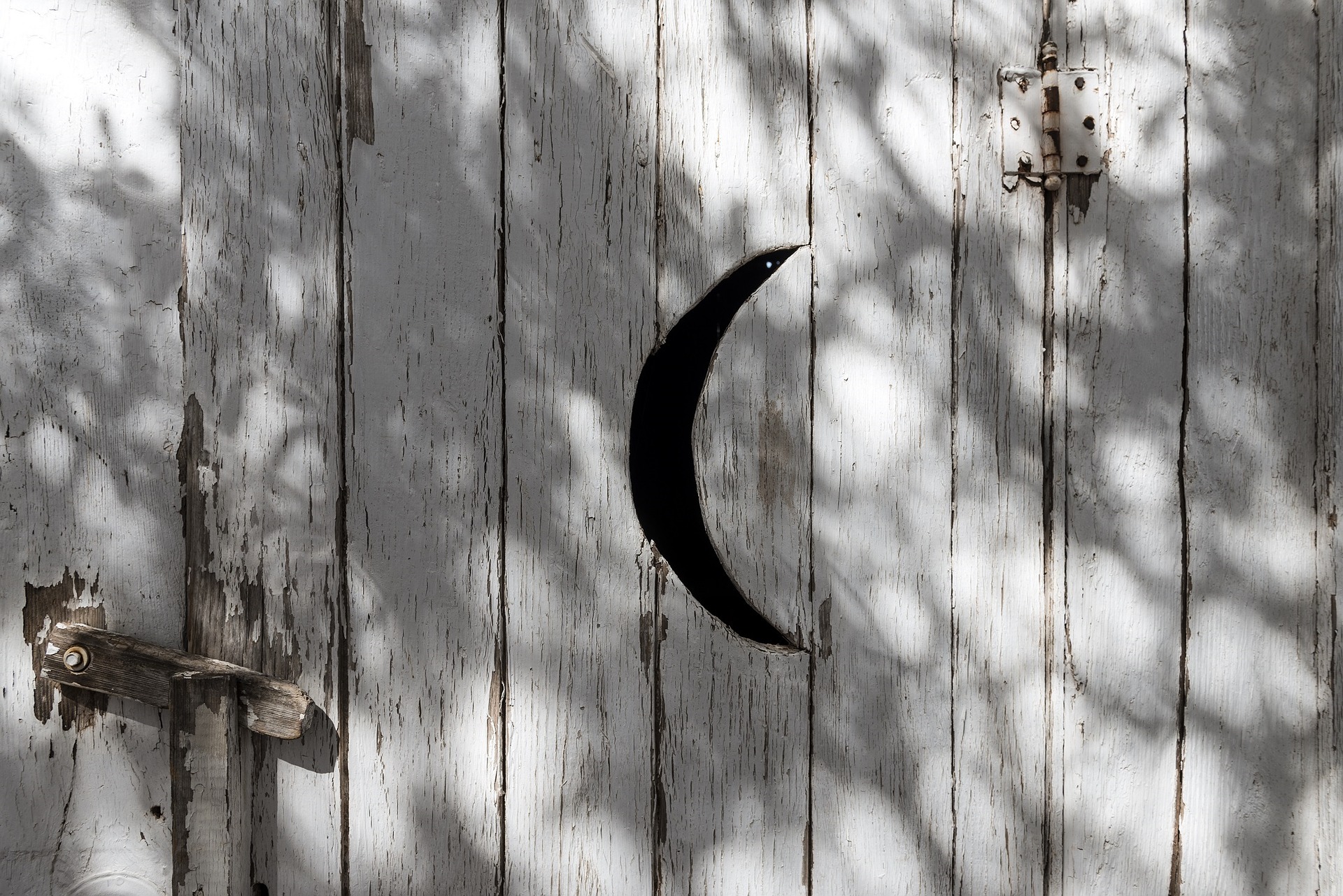 On this day, I was doing two timing shifts in a row, which means I was suspended in this state of forced focus and performance for over 3 straight hours. I was sitting between two friendly dads from Elko, NV whom I had not previously met. I kept my chatting at bay for about the first hour. But eventually, we got to talking. I waited for a pause in the swim action and said, “Oh I have a great swim meet story for you!” I proceeded to tell them about the time my husband, fully clothed, with cell phone in one hand and kindle in the other, fell backward into the therapy pool, chair and all, at a swim meet a couple of years before. I had been stunned and just stood there agape as his dripping head emerged from the water, hands held high in an attempt to preserve his electronics. He had a reclining camp chair, and swim meets are crowded, so we lined our chairs along the edge of this little side pool as we had the day before. But Scott’s wasn’t fully expanded. So when he sat, the back leg of the chair just slid right back and into the pool. It was like a seated Nestea plunge! The closest mom to the scene was clucking and grabbing for Scott and his chair as if she was preventing a drowning, bless her. As he fully emerged from the pool, he was laughing. He thought it was so funny! He dried off the best he could, sat back in his rescued but dripping chair, and continued reading his emails with a look of calm amusement on his face. He was in jeans and sneakers. He just continued with the day as if nothing happened. Periodically, clusters of small children would migrate towards us, snickering and pointing, and then walk away, heads pressed together like they had just caught a peak of something forbidden. Oh. My. Gosh. I offered to go to the nearest Walmart and get him some dry clothes, but he said that was silly and he’d dry eventually. It’s Nevada. That man! I love him so! I told him, after the dust had settled, that I was so sorry that had happened to him, but that I was really glad it had been him and not me. I would have been mortified. I mean, who besides Scott wouldn’t?! Plus, the hair! 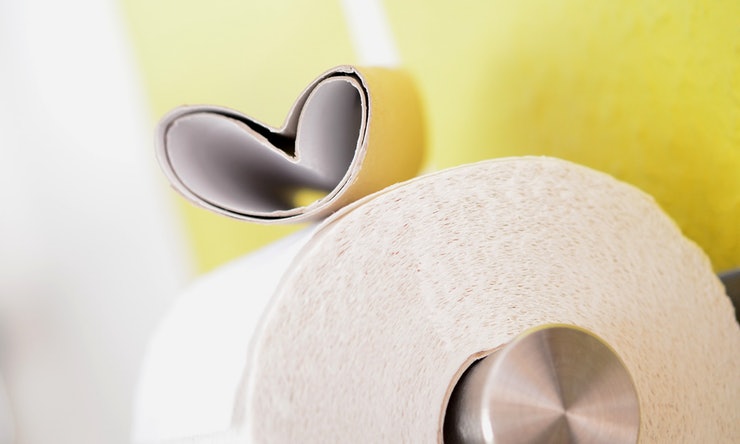 Well, about 2 minutes after I finished regaling these two captive dads at my husband’s expense (not really; he doesn’t care who I tell), one of Delaney’s team mates came up behind me and said at outdoor-playground-volume and with great authority, “You have toilet paper on your pants.” Let me further set the scene. I was wearing black pants, so as to fully contrast with said toilet paper. It had also been at least 3 hours since I’d been where toilet paper is used. Thirdly, said location was about a quarter mile and 100 of my and Delaney’s closest swim friends away from where I now sat. Lastly, for the last 3 hours, about every 30-90 seconds, I had been standing up, walking to the edge of the pool, and leaning over the starting block as far as I could manage so as to record the exact moment the swimmers’ hands touched the pool edge. As I came to understand the words she had spoken to me, I stood up, gathered and crumpled the toilet paper, walked to the nearest trash can, tossed it in, and returned to my chair. What else can you do?

And then I waited. You know how it is when you bang your finger, and the knowledge of the impending pain reaches your brain before the actual pain sets in? It was like that. I was inwardly flinching in anticipation of the mental and emotional anguish of embarrassment. But the pain didn’t come. There was no creeping sense of heat and redness climbing my neck and face. There was no tunnel vision or wind-knocked-out-of-me sensation. There was no overwhelming wish for a trap door in the floor. Instead, I flipped back through my memories so as to puzzle out how it was that I ended up with a foot and a half long piece of toilet paper hanging from the back waist band of my pants. I won’t belabor the details, but with retrospection, I ciphered the knowledge that the toilet paper had been clean, so there were no worries about needing to rush out and change clothes or disinfect my chair. I shared this revelation with my informant, and she seemed adequately relieved. And then I just moved on with my day. When I was finished timing, I wholeheartedly chatted up half a dozen parents on my way back to my camp chair, and that was it. The only worry I had was regarding the magnitude of mortification I had created for my daughter. She’s a lot like her dad, so she reassured me later in the car that despite my mishap being a short-lived topic of discussion amongst that little group of swimmers waiting to swim with my informant, it hadn’t mortified her in the least. She even voluntarily joined me and a group of swimmers and moms at a restaurant after the meet. I had a great time relaying this story to my fellow swim moms over fish tacos. We howled! The irony of the timing was not lost on me or my girlfriends. 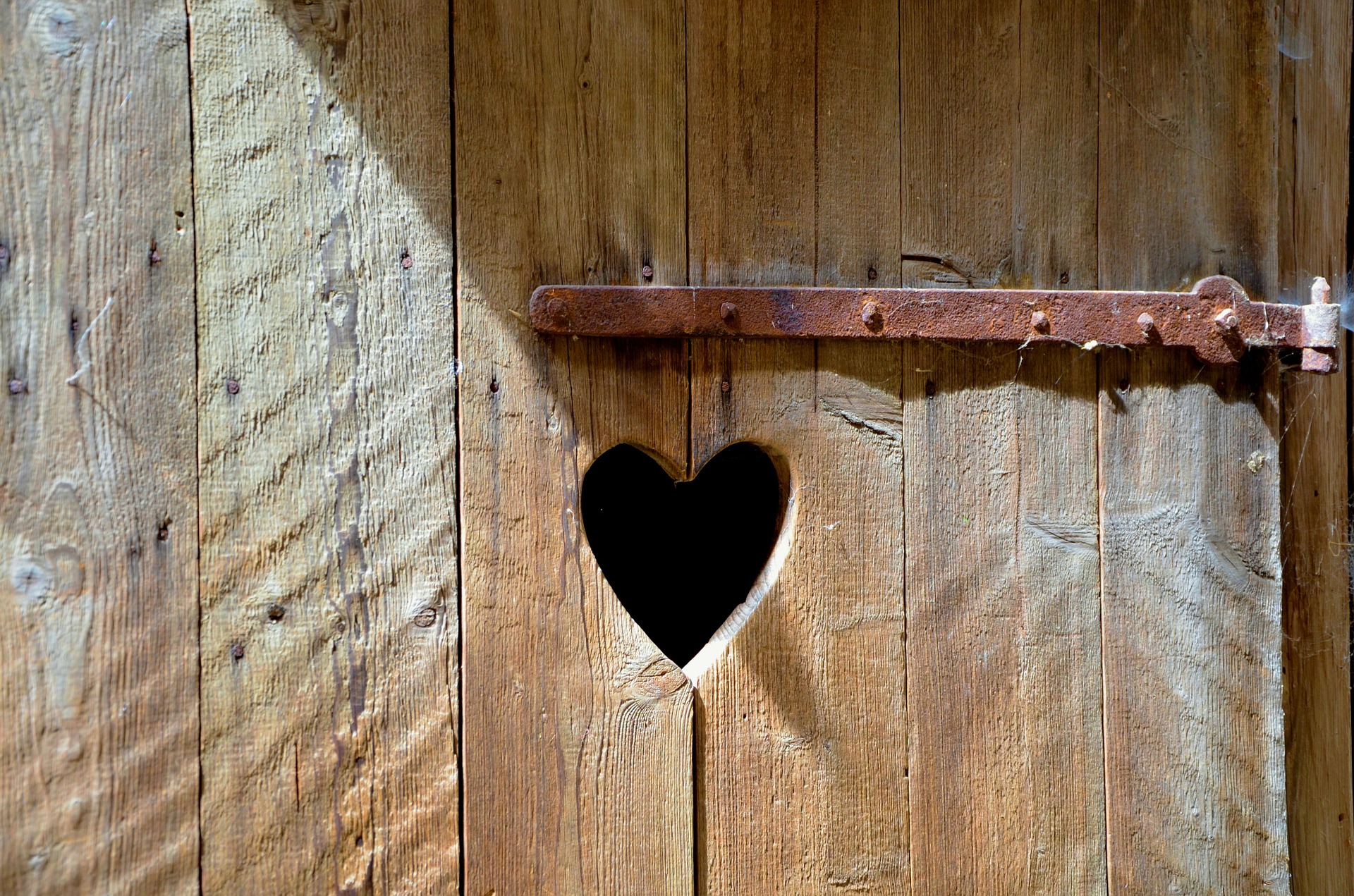 But as we drove home, I began to think about this unexpected lack of embarrassment and felt so grateful. Now, as a kid and young adult, I think I cornered the market on embarrassment potential. I was practically embarrassed to be alive! If you’d have asked me what the most embarrassing thing was that could happen, I’d probably have told you the story of my high school best friend coming out of a rest stop bathroom on a tour bus field trip with a toilet seat cover hanging from her backside. That happened to her and I almost died. (She didn’t care. She’s highly evolved). I hated being the object of attention and still do. So this unexpected maintenance of peace and composure was puzzling to me. Here’s the thing. I felt like, just maybe, I have finally grown up. I’ve either grown up or given up, and I don’t think I’ve given up just yet! I got to thinking about what embarrassment really is. I feel like embarrassment stems from a mixture of unchecked pride and immaturity. Now, I’m not saying I’m mature. I’m 46 for goodness sake and am just now seeing evidence of being a grown up! But lately I have been trying to develop a deeper sense of humility. I’ve even been praying for it. Not that I’m big-headed or think too highly of myself. I’m the first one to point out my many flaws! I just feel that with humility comes a greater empathy for others and a larger capacity for blessings to flow through me without my taking the credit. Since humility seems to be the opposite of unchecked or inappropriate pride and pride is sometimes evidenced by embarassment, I think I just may be getting somewhere! Now, I absolutely do not wish this test upon you. If you’d asked me earlier that day how I’d feel about a toilet paper tail, I would have declined, thank you very much. But I feel like I learned something about myself. That the state I am striving towards is ever so slightly closer than before. Progress!

Have you ever learned a life lesson from an embarrassing situation? Leave me a comment, and let’s chat! 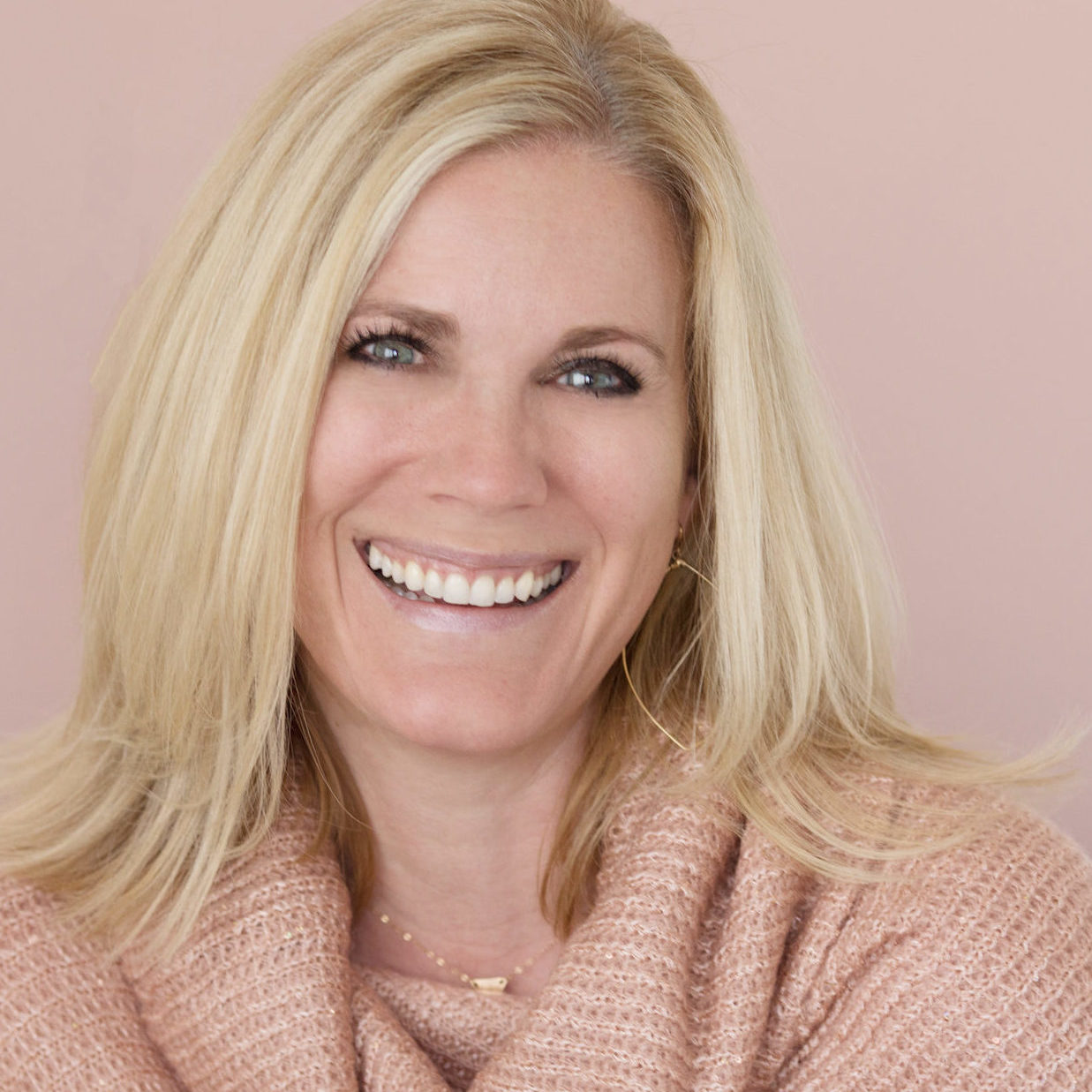 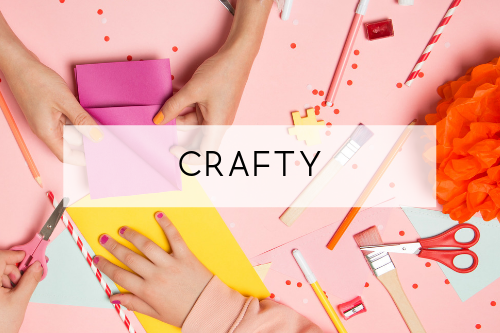 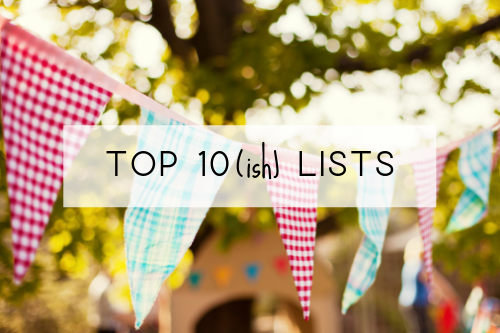 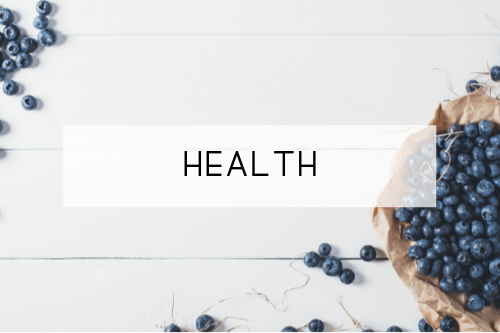 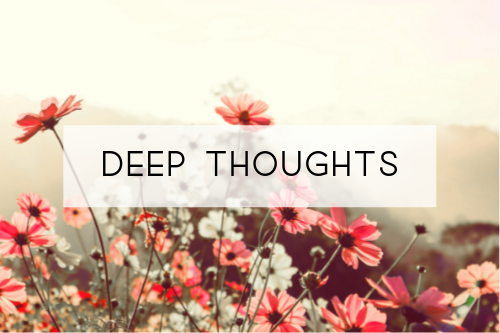 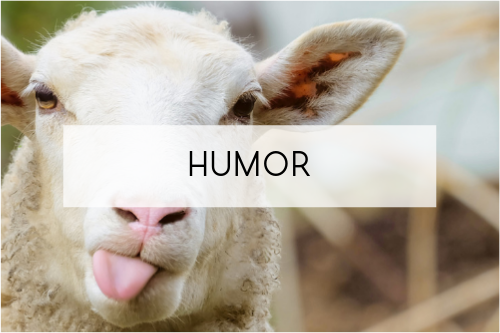 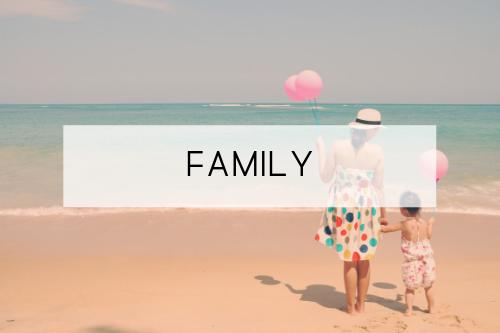 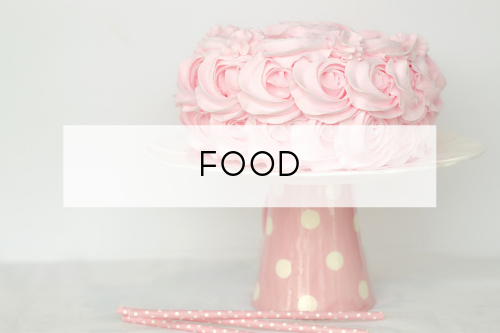